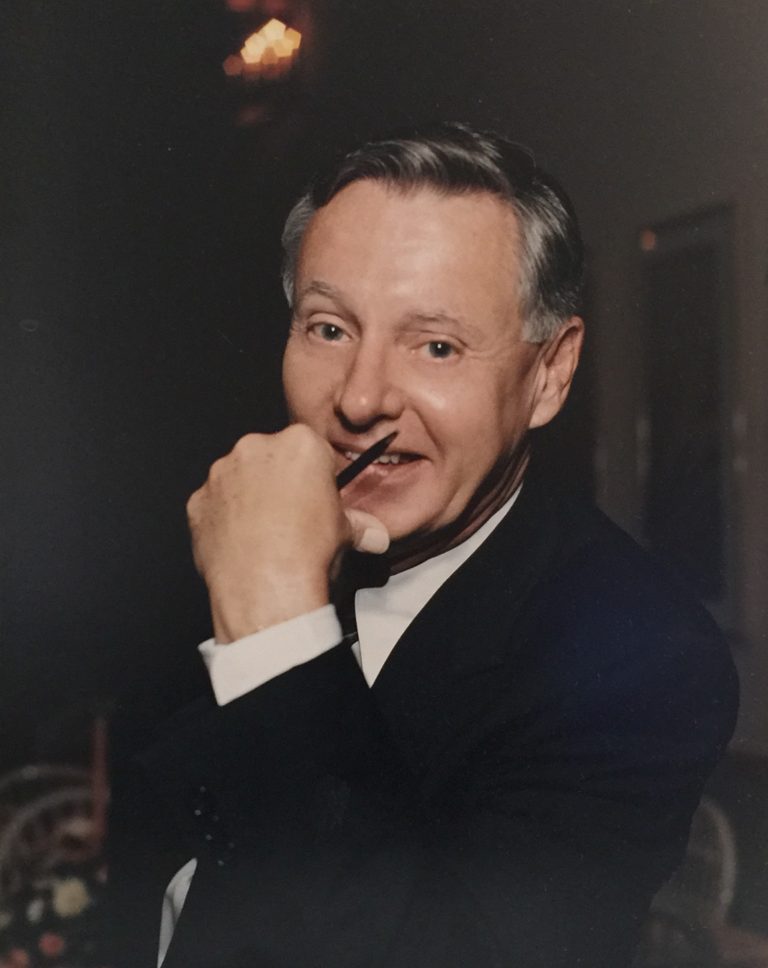 Thank you for sharing your time and interest in learning a little more about who we are and how we got started.

Pallium Books, LLC USA-based, is a devoted organization helping people to understand their purpose, recognize their passions, their gifts and to best understand themselves and others.

“It is our passion to help people lead a more fulfilled life,” Arnie and Leslie Warren.

The late Arnie Warren was the initial trailblazer to help others to understand themselves, their passions, their gifts and to serve and enjoy a fulfilled life. Leslie joined in her father’s work as his continuous sounding board as he wrote and as they began to write together.

“One is fortunate in a creative life to have thoughtful, wise and dedicated friends who generously give of their talent, offer ideas and critiques, who care about complete strangers who will benefit from the effort. I offer my deepest thanks for their contributions.” ~ Arnie Warren (1934 – 2008)

Arnie was born and raised in Fall River, Massachusetts, United States. It was during his formative years he fell in love with being able to make people happy, serving as his first step toward becoming a multi-media professional inspiring people globally.

He was a graduate of Northfield-Mount Hermon prep school in Massachusetts, attended Michigan State University, Boston University and graduated from the University of Miami with a Bachelor of Arts in English and Speech. Upon graduation, Arnie joined the Coralairs; a musical group traveling throughout the United States and even to Cuba.

During the ’60s and ’70s, he established himself as the foremost morning radio personality where his creation, ‘The Arnie and Amos Show,’ became a South Florida favorite for more than 13 years. Further expanding his entertainment career, Arnie was also seen hosting various local television programs, as an on-camera presenter for local and national businesses and heard as a voice-over talent for product promotions.

Arnie was a member of the National Speakers Association and served as President of the Florida Speakers Association. He narrated books for the Library of Congress for the sight impaired from the Insight for the Blind studios in Florida, USA. In 2001 the Canadian National Institute for the Blind nominated Arnie for the TORGI (Talking Book of the Year) Award for his narration of the bestselling Home Town by Tracy Kidder.

Arnie was also noted for being a lifelong educator in which he became a Speech teacher at the University of Miami and taught TV production at Lindsey Hopkins Vocational School in South Florida. In 1985 he was hired by the CBS-owned KMOX radio station in St. Louis to host the morning show, interviewing celebrities and politicians. It was his interview with Dr. Robert Lefton, of Psychological Associates, he first learned of the DISC behavioral styles model. This experience changed Arnie. It enabled him to finally connect with himself and eventually find his gift. This profound experience planted the seed for what would become his first book, “The Great Connection.”

Arnie’s love for helping people, perfecting his communication skills, disciplined research and respectful rapport struck with every guest he hosted earned his being named one of America’s top interviewers. Reaching a new understanding of self and realization of his gift, Arnie left the broadcast industry. He continued to pursue helping people with a Communications Skills course and conducted seminars for corporations across America and extended to the Pacific Rim. These experiences ultimately led Arnie to impart his timeless gifts, his books.

At the time of Arnie’s death, he and his daughter, Leslie, were collaborating on additional works. Leslie remains a steward of her father’s gifts and continues to progress their works in service. 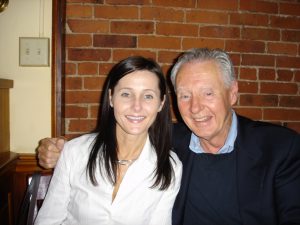 Leslie is a faith driven human development architect, animal advocate, and conservationist. She is a natural teacher and coach transcending situations into progressive learning opportunities with impact. She is known as a proverbial sounding board establishing trust and reliability. Leslie’s creativity, collaborative style and strong listening skills enable her to connect and engage amongst a wide diversity of peoples and variety of styles.

Leslie’s passion to help people, animals, and our environment is timeless. As a lifelong student of her late father, author Arnie Warren’s works, she discovered her gift is a ‘call to serve’. From her earliest of memories, taking part of making another happy, assisting an animal in need filled her with such joy it encouraged her to embrace just about any path to help those in need accomplish a feeling of happiness, of joy. Over time these paths continue to draw her to helping others across a broad spectrum of issues from advocacy tasks, to a life derailed by illnesses to the in between quandary of self-discovery. Her efforts have progressed into the virtual world found at www.greatconnection.com growing each day to further serve others.Professionally, she has worked amongst numerous Fortune 500 companies across various industries investing in people, processes, and organizations for success. Leslie’s projects include: Education management, instructional design, workforce development, curriculum design/development, training strategy and implementation, organizational effectiveness, process improvement, onboarding, reinforcement learning, sales training, facilitation, talent and partner coach, customer/participant experience, learning environments. Leslie continues to be recognized for excellence with each organization she has been of service.Leslie holds a Master in Education from Mercer University and a Bachelor of Science in Journalism from the University of Florida. She is a certified teacher and a certified DISC facilitator. Leslie has served her country as a United States Marine. She continues to serve her country through charitable efforts within her community.

“THE GREAT CONNECTION should be required reading for all students about to enter the work force. It clearly shows the importance of knowing who you are and believing in yourself.”

“Similar to THE GREAT CONNECTION, “Find Your Passion” shares a lifelong learning process of ‘Access, Accept and Act.’ It forces readers to deliberately reflect and ask poignant questions while recognizing individuals’ full potential. In a world increasingly driven by money, “Find Your Passion” directs readers on a journey towards both happiness and employment.”

“Arnie Warren (“Find Your Passion”) has captured the essence of the career choice process and uses an intriguing and heart-warming story to achieve this end. Must reading for high school and college career counselors; and, yes, for unfulfilled adults as well.”

“THE GREAT CONNECTION triggers and defines explanations for your own successes and failures. I recommend this for anyone who deals with people.”

“It is exciting to see the glow in students’ eyes as they make the connection between their abilities and their passion. “Find Your Passion” helps to solve this puzzle.”

“Arnie Warren’s THE GREAT CONNECTION is an invaluable tool in helping people learn how they can use DiSC to better connect and improve relationships with others in both their work and personal lives.  That’s why every one of our participants is issued a copy as a first-order reading assignment in our leadership development programs.”

“‘The style THE GREAT CONNECTION is written in is so engaging, so honest, so on target with things I have felt (and still do) that I cn honestly say I learned more from reading your book than any I have in years.”

‘THE GREAT CONNECTION is a welcome change to discovering personality styles. It should be required reading for everyone entering the work force. Imagine figuring out your boss or co-worker within days instead of years.”

“Your passion will determine your destiny! Arnie Warren has a unique way of using a simple story to explain complex truths and concepts. A great book to help you focus on and find you passion.” (“Find Your Passioin”)

“Your labor of love and believing is evident in your wonderful work, THE GREAT CONNECTION. It is always a pleasure for me to share this jewel of wisdom and insight with friends, family and business associates from around the world. Knowing it is translated into several languages makes it even better.”